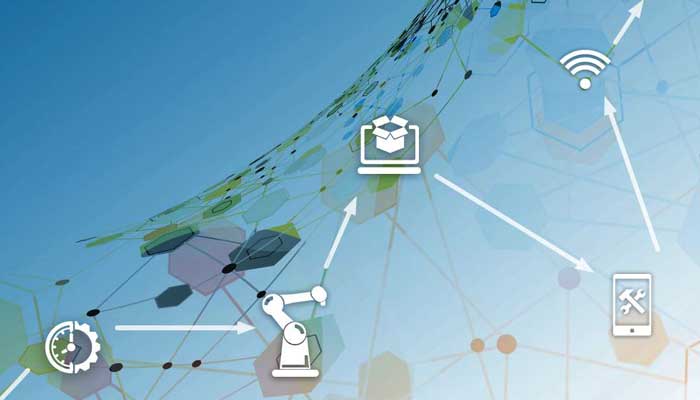 Industry 4.0 is one of the hottest topics in China right now. The Chinese government raised a new concept named “China Manufacturing 2025” to work in concert with Industry 4.0 and to promote automation and digitalization in China. A lot of Chinese manufactures are learning about Industry 4.0 because it provides a systematic approach of future manufacturing trends and also because it is a well-known international concept widely communicated on.

In China, there are three major reasons why companies want to learn and implement Industry 4.0.

The first reason is to differentiate themselves from other competitors and enhance new competitive advantages. For example, leaders from public companies such as Haier and Sany believe that Industry 4.0 technologies will help improve productivity and expand market share overseas, especially in Asian countries.

The second reason is to lower labor cost in the cost structure and to capture more added-value. Even though labor cost in China is much lower than in other developed countries, it has been growing dramatically over the past few years and will keep up the pace. Industry 4.0 is a promising way to solve this issue.

The third reason is that central and local governments have put strong efforts in promoting automation and computerization. Companies working on such fields will receive numerous supports from the government. Local government officials also believe Industry 4.0 is able to help them achieve their political goals, which are to increase growth, fiscal revenues and innovation capability. One motivation is also to make a good impression towards the central government.

To achieve the development of industry 4.0, China will mainly focus on two aspects: Industry 4.0 equipment / solutions providers and Industry 4.0 applications.

An interesting phenomenon in China is the acquisition / partnership between independent software companies and robot / machine manufacturers. Some companies are striving to become the next Siemens who provides complete digital factory solutions. Therefore, manufactures have a strong interest in acquiring companies in the field of MES, PLM or ERP which results in stock price skyrocketing for those software companies. For example, an MES company worth 20 million RMB last year can be valued at 100 million RMB this year.

Public company like Haier’s long-term goal is not only manufacturing TV sets or refrigerators, but also to become a smart devices manufacturer and a digital factory solution provider. Haier’s internet factory and e-commerce platform is a good foundation toward this long-term goal. SOEs (State-Owned Enterprises) will also apply or adopt automation and digitalization concepts under the guidance of “China Manufacturing 2025”, a plan originated by the Chinese government and not by foreign concepts.

Many Chinese companies are learning or implementing Industry 4.0 solutions, but it is hard to find great successful examples so far. They did improve factory hardware and software, and dramatically increased productivity and even product line differentiation, but they still face huge resistance in changing their business model. Human resources departments, industry value chains and even customers are not ready to accept a new business model. However I am very optimistic that Chinese companies will move faster than European companies in the road towards Industry 4.0 because of the highly supportive environment they live in.

Some people think Industry 4.0 will challenge China to some degree, but, on the contrary, I think it brings us more opportunities. China Academy of Industrie 4.0 conveys the message that Industry 4.0 is the fourth revolution and the only way to be rule-making is to be an active player in the game. Although Germany has set some Industry 4.0 standards based on its experience, Germany will also need powerful partners like China to promote its concepts.

Industry 4.0 is more an opportunity for China, as we are agile enough to learn and react to the trend, than it is for other emerging countries. It is even a threat for those emerging countries that are not reacting to the transformation, because being a low cost country only for low cost manufacturing will not be a source of value any longer. Building factories based on the low cost business model does not work anymore.

China is starting to catch up on Industry 4.0, and will grow steadily and fast by taking advantages of Chinese strengths in e-commerce, cloud computing and big data. One can expect Chinese industrialization to take a further step beyond and even become the leader of Industry 4.0.